Every Phantom // A Story: Erasure and Revision 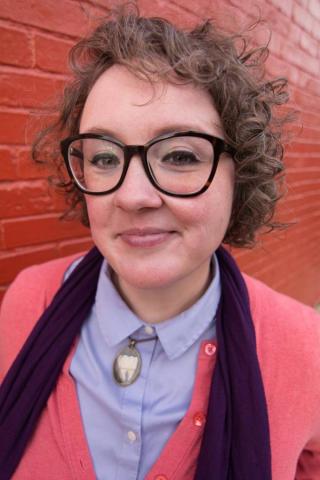 Emilia Phillips Poetry March 6 to April 28, 2017 TUITION COST: $500 CLASS SIZE: 15 SESSION: spring LEVEL: 8 week asynchronous workshop
What isn’t said in a poem is just as meaningful-just as much a craft choice-as what is said. As poets, we so often go to the page with the intention of telling our readers something; this approach, however, often positions us between the reader and the text, like a person narrating a movie in front of the projector. In this course, we will investigate the ways in which poems “write themselves” and how images, without the aid of expositional transitions, create their own narratives, after Cesare Pavese’s idea of the “image narrative.” We will discover the impact and implied meanings of white space in poems, and we will investigate the strategies of other poets in revising through redaction and compression. We will look at erasure texts-texts that have been redacted into new texts-by poets like Mary Ruefle and Robin Coste Lewis, and consider the legacies of poets, like Sappho whose work survives only in fragments. Throughout the course of the eight weeks, participants will be asked to draft at least six new poems, unwieldy and wild and uninhibited, that in subsequent weeks they will slowly revise, re-form, and compress; through these long-term revision strategies, participants will be able to introduce subtext and depth to their poems, while honing their craft and style.

Emilia Phillips (she/her/hers) is the author of three poetry collections from the University of Akron Press, most recently Empty Clip (2018), and four chapbooks, including Hemlock (Diode Editions, 2019). Winner of a 2019 Pushcart Prize, Phillips’s poems, lyric memoirs, and poetry reviews appear widely in literary publications including Agni, American Poetry Review, Gulf Coast, The Kenyon Review, New England Review, The New York Times, Ploughshares, Poetry, and elsewhere. She’s an assistant professor in the MFA Writing Program and the Department of English at the University of North Carolina at Greensboro. She’s now at work on Wound Revisions: Memoirs and a poetry collection.