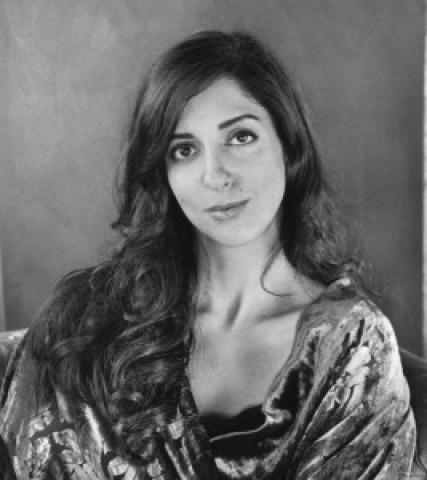 What does it mean for literature to be experimental? The great Margaret Atwood defines it as: “Fiction that sets up certain rules for itself . . .while subverting the conventions according to which readers have understood what constitutes a proper work of literature.” In making its own rules, a lot of the old rules must be tossed out, of course, and so this class provides examples of the most innovative, rule-busting, eclectic works of the postmodern, absurdist, metafictional and transgressive canon. We’ll untangle a wild and gutsy array of passages while examining why a non-experimental writer might actually need to investigate the more law-less avenues of prose. We’ll also generate some experimental writing of our own through exercises and workshops. All genres welcome, only open minds required. Each student will receive a letter from the instructor at the end of the class, outlining some strengths in their work and some ideas for moving forward.

Porochista Khakpour is the author of the forthcoming memoir Sick (Harper Perennial), and the novels The Last Illusion (Bloomsbury, 2014)—a 2014 "Best Book of the Year" according to NPR, Kirkus, Buzzfeed, Popmatters, Electric Literature, and more — and Sons and Other Flammable Objects (Grove, 2007)—the 2007 California Book Award winner in “First Fiction,” one of the Chicago Tribune’s “Fall’s Best,” and a New York Times “Editor’s Choice.” Her writing has appearedin or is forthcoming in Harper’s, The New York Times, The Los Angeles Times, The Wall Street Journal, Al Jazeera America, Bookforum, Slate, Salon, Spin, The Daily Beast, Elle, and many other publications around the world.  She’s had fellowships from the National Endowment for the Arts, the University of Leipzig (Picador Guest Professorship), the Corporation of Yaddo, the Ucross Foundation, and Northwestern University’s Academy for Alternative Journalism, among others. Born in Tehran and raised in Los Angeles, she lives in New York City’s Harlem. She is currently writer-in-residence at Bard College.