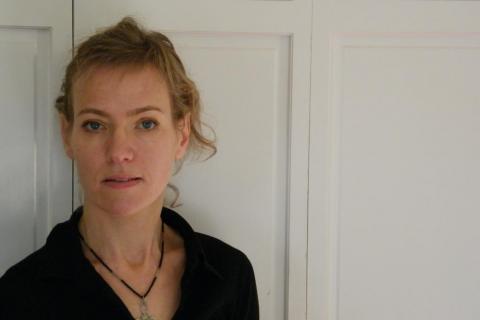 In 1959, American poet Frank O’Hara wrote a mock-manifesto he called “Personism” in which he argued that a poem should be immediate and intimate, that it should “address itself to one person (other than the poet himself), thus evoking overtones of love without destroying love’s life-giving vulgarity.” Long before O’Hara, the poem-as-letter (or Epistle) has enjoyed a prominent place in literary history. From the Latin poet Horace whose Epistles are still read to the Pauline Epistles of the Bible to Alexander Pope’s famous epistolary poem “Essay on Man,” to Emily Dickinson’s “Master Letters,” epistolary poems are often the most intimate, versatile, playful or soulful of forms. In this class we will read (and write) contemporary epistles. Reading will include the epistolary poems of Frank O’Hara, Bernadette Mayer, Jack Spicer, Lucille Clifton, Mark McMorris, Laynie Browne, Major Jackson and others. We will write our own poems-as-letters, addressing them to people real and imagined, dead and living, to those we know and those we don’t. We’ll write letters also to corporations, governments, and objects, thinking of the letter as a vehicle for protest, satire, anger, and love. After the course, I’ll email each student with thoughts on your work in the class and idea about moving forward.

Julie Carr is the author of six books of poetry, most recently 100 Notes on Violence (Ahsahta, 2010), RAG (Omnidawn, 2014), and Think Tank (Solid Objects, 2015). She is also the author of Surface Tension: Ruptural Time and the Poetics of Desire in Late Victorian Poetry (Dalkey Archive, 2013), and the co-editor, with Jeffrey Robinson, of Active Romanticism (University of Alabama Press, 2015). A chapbook of prose, “The Silence that Fills the Future,” was recently released as a free pdf from Essay Press: http://www.essaypress.org/ep-19/

Objects from a Borrowed Confession (prose) will be out from Ahsahta press in 2016. Carr’s co-translation of Leslie Kaplan’s Excess-The Factory is due out from Commune Editions in 2018.

Carr was a 2011-12 NEA fellow and is an associate professor at the University of Colorado in Boulder in the English department and the Intermedia Arts Writing and Performance Ph.D. She regularly collaborates with dance artist K.J. Holmes and is the co-founder of Counterpath Press and Counterpath Gallery (www.counterpathpress.org).