Working the Beat More; How to Make Poems Sing in Depth 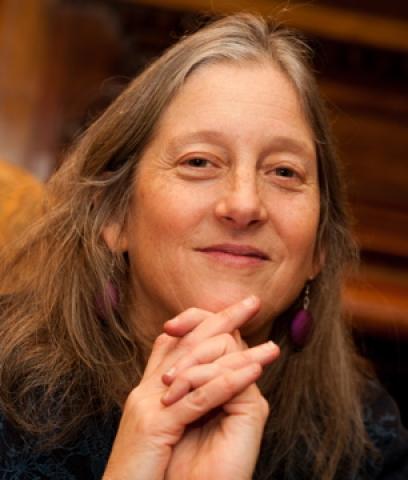 It can be tempting to think of rhythm, meter, or form as a container, something outside and separate from a poem. But the best poems sing with rhythms that move them as innately and mysteriously as waves work the water. Whether or not you’ve written in meter before, these powerful rhythms are there in your poems already.

This class is a four–week, more in-depth version of Annie’s popular poetic structure workshop Working the Beat. Devoting one week to each of four rhythmic or structural principles chosen by consensus of the group, we will trace the structures that already move through your lines, whether in free verse or form, and unpack the dynamics of the energies they carry. As you work the beat more, you will learn the secrets of the deep patterns driving your poems and how to welcome in their distinctive gifts. You will discover voices you never knew you had—and a sure and instinctive path to fresh and exciting revisions.

Annie Finch is the author of six books of poetry, most recently Spells: New and Selected Poems (Wesleyan University Press, 2013). Her poems have appeared in journals including Yale Review, Kenyon Review, Harvard Review, Partisan Review, Prairie Schooner, Poetry, and Paris Review, and in anthologies such as The Norton Anthology of World Poetry, The Penguin Book of the Sonnet, and The Penguin Book of Twentieth-Century American Poetry. She has also published twelve books, textbooks, and edited or coedited anthologies focusing on poetic form and craft, including An Exaltation of Forms: Contemporary Poets Celebrate the Diversity of Their Art and The Body of Poetry: Essays on Women, Form, and the Poetic Self (both from University of Michigan Press), Measure for Measure: An Anthology of Poetic Meters and Villanelles (both from Random House/Everyman’s Library), and A Poet’s Craft: A Comprehensive Guide to Making and Sharing Your Poetry (University of Michigan Press, 2012).  Educated at Yale University (B.A.) and Stanford University (Ph.D.), Annie has taught widely and served for a decade as Director of the Stonecoast MFA Program in Creative Writing.  Annie’s multimedia poetic collaborations and commissioned poems been produced at Carnegie Hall and the Metropolitan Museum of Art.  Her work has been honored with the Sarasvati Award and the Robert Fitzgerald Award.  More information on Annie’s work is available at anniefinch.com.