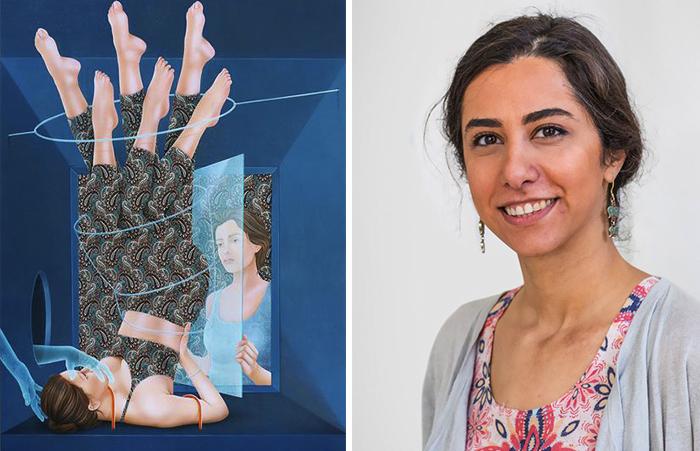 “In Between Places,” the new solo exhibition from Arghavan Khosravi (Visual Arts Fellow 2018-2019), has recently opened at the Rachel Uffner Gallery in NYC. “Largely made in isolation during the past year of quarantine, the new works in the exhibition build upon Khosravi’s previous explorations of techniques taken from historical painting genres — such the use of stacked perspective in Persian miniature painting — while also incorporating new sculptural and three-dimensional elements that further emphasize qualities of illusion and artifice. The paradoxical scenes in Khosravi’s paintings often reflect the artist’s experiences growing up and living in Iran, where personal freedom remains severely constrained by ideological autocracy. Rendered on surfaces that have been layered to create visual depth, the new paintings evoke the structure of a theatrical set and the corresponding implication of a not-quite-real world built on false appearances.” The exhibition runs through June 5. Image above: Four Elements, 2021, verso, acrylic and cement on cotton canvas wrapped over shaped wood panel, wood cutout, plexiglass, 38.5” x 68.25” x 8”

“Deadly Weapons,” is the title of the powerful new installation by Linda Bond (Visual Arts Fellow 1978-1979) at Eastern State Penitentiary historic site in Philadelphia, PA. The only new installation selected for 2021, “Deadly Weapons” adds a profound new work to the other artist projects installed throughout the old penitentiary site. An outgrowth of the work Bond has been engaged with for many years, the installation is comprised of a cell floor carpeted in Mylar blankets, a curtain of knotted shoelaces, and a blanket woven with multicolored shoelaces and Mylar strips that all reference the experiences of immigrants detained at the U.S. – Mexico border. “When asylum seekers are taken into custody, their shoelaces are confiscated because they may be used as “deadly weapons.” This also prevents detainees from running away. Inside crowded holding cells, migrants sleep on floor mats with only Mylar blankets for warmth. Upon release – in most cases back into Mexico – the shoelaces are often not returned. With little at their disposal, many asylum seekers fashion makeshift shoelaces from metallic strips of the Mylar blankets issued to them in detention.” The installation will be on view through 2021. 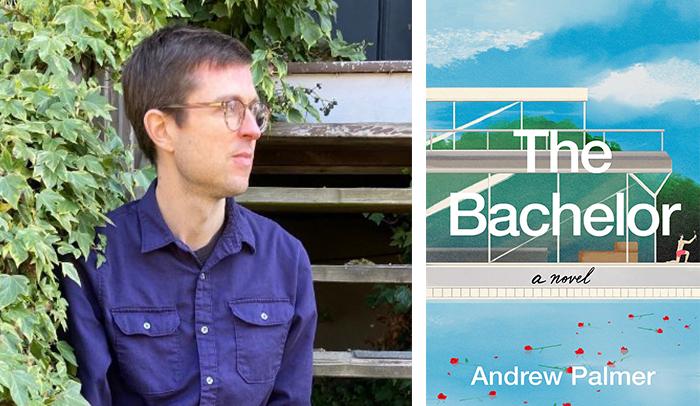 The Bachelor, the debut novel from Andrew Palmer (Writing Fellow 2013-2014) is forthcoming in July from Hogarth. The Bachelor is described as “an incisive, witty, and tender debut novel about love and commitment, celebrity and obsession, poetry and reality TV, by the publisher. In his praise for Palmer’s new novel, Salvatore Scibona (Writing Fellow 2002-2003 and 2001-2002) and author of The End and The Volunteer, writes “Jane Austen might have written a book like this: a pitch-perfect story of the self-conscious agonies of searching for someone to marry, composed with a mastery of free indirect style; a piece of art as dizzying as the technological and cultural changes of its time, but in conversation with the works of the past. The Bachelor may be a satire, except that it is utterly sincere. The whole time I was reading it, I felt terrifically happy.”

The T. S. Eliot Foundation and the Poetry Society of America has just announced that John Murillo (Writing Fellow 2007-2008) is the winner of the 2021 Four Quartets Prize for his poem “A Refusal to Mourn the Deaths, by Gunfire, of Three Men in Brooklyn” from his collection Kontemporary Amerikan Poetry (Four Way Books, 2020). He was selected by judges Carolyn Forché, Donika Kelly and Arthur Sze. “The Four Quartets Prize – which was launched in 2018 on the 75th anniversary of the publication of T. S. Eliot’s Four Quartets in a single volume, in America, in 1943 – is first and foremost a celebration of the multi-part poem, and is awarded to a unified and complete sequence of poems published in America in a print or online journal, chapbook, or book in 2020.”

HEIDI HAHN’S NEW EXHIBITION – “A WOMAN WITH THE SHAPES” 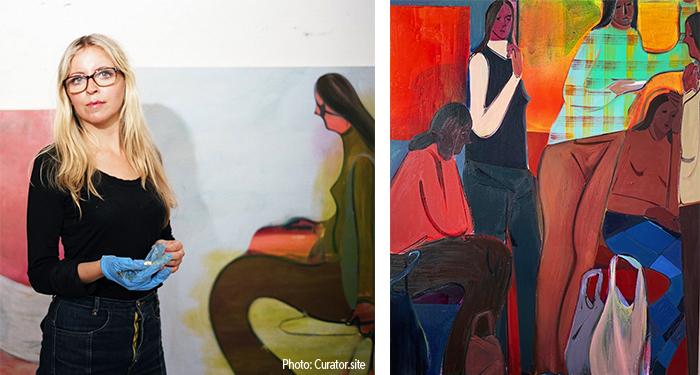 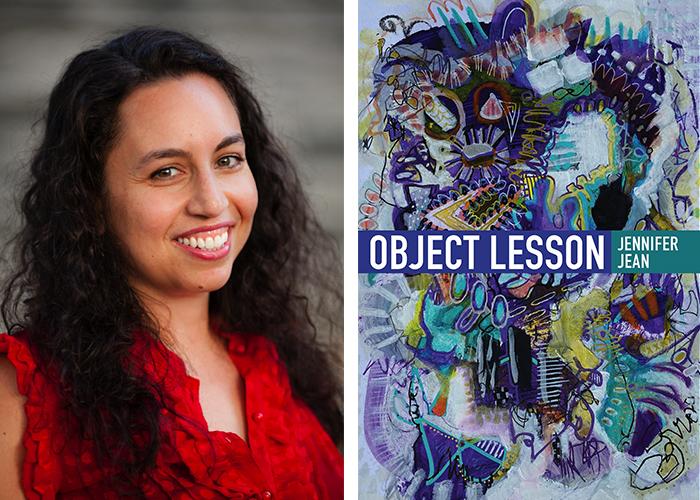 Jennifer Packer (Visual Arts Fellow 2015-2016 and 2014-2015), was recently selected as a 2021 Rome Prize Fellow in Visual Arts by the American Academy in Rome. “For over a century, the American Academy in Rome has awarded the Rome Prize to support innovative and cross-disciplinary work in the arts and humanities. Each year, the prize is awarded to about thirty artists and scholars who represent the highest standard of excellence and who are in the early or middle stages of their careers.” Jennifer’s residency in Rome runs through August 6, 2021. Photo: A.H. Jerriod Avant 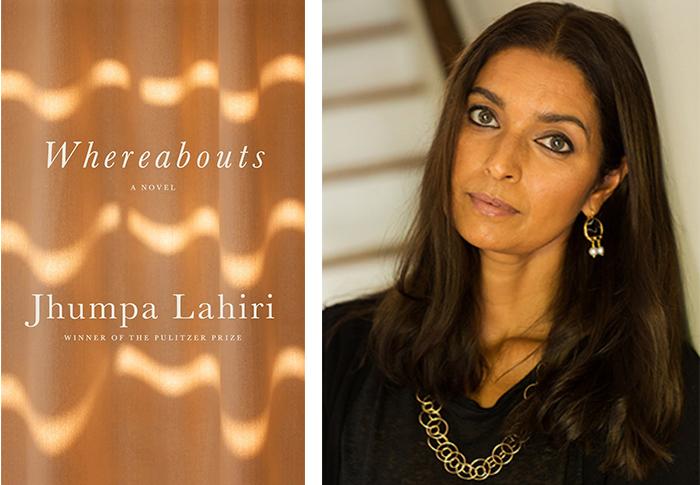 Whereabouts, the new novel from Jhumpa Lahiri (Writing Fellow 1997-1998), is forthcoming from Knopf later this month. Lahiri wrote her latest novel (the first in nearly a decade) “about a woman questioning her place in the world, wavering between stasis and movement, between the need to belong and the refusal to form lasting ties” in Italian and translated it to English. “I was just convinced that the book couldn’t be in English, because I didn’t know where in me it had come from,” Lahiri said recently over video from Princeton, N.J., where she is the director of the university’s creative writing program. Presenting a book in Italy, there’s a more formal engagement with the text. In a sense, your book is exposed to more rigorous public reading.” 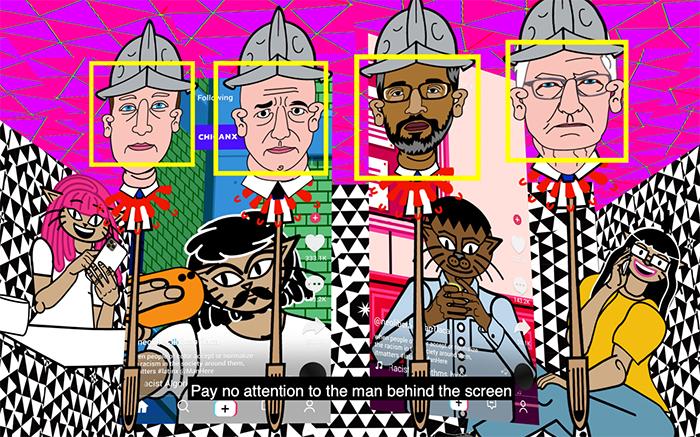 Michael Menchaca (Visual Arts Fellow 2015-2016) is one of the participating artists in “Estamos Bien – La Trienal 20/21” at El Museo Del Barrio in NYC. “La Trienal” is the museum’s first national large-scale survey of Latinx contemporary art featuring more than 40 artists from across the United States and Puerto Rico. Utilizing an intersectional approach to Latinx identity, the Curatorial team has selected artists representing a diversity of generations, genders, ethnic, and racial backgrounds. This first iteration of the triennial borrows its title, “Estamos Bien,” from the work of participating artist Candida Alvarez, a former member of El Museo’s curatorial team in the 1970s and the only artist in the show with a previous exhibition history with the institution. Her painting Estoy Bien (2017) takes its title from the resilient and obliquely sarcastic response to the aftermath of Hurricane Maria in Puerto Rico. Now pluralized, the phrase resonates with the present-day moment, as the works in the exhibition address issues of race and identity politics, gentrification and displacement, climate change, as well as the particular effects of the global pandemic to Latinx and other BIPOC populations.” Through September 26, 2021. Image above: A Cage Without Borders (video still detail), 2021, 3-channel digital animation, 20 min. 48 sec.