This course will show you how to find a good subject, ask questions to pull out details about your uniquely engaging tale, and then to conceive, film, and edit a two-minute mini-documentary portrait of a Provincetown person of interest. We will also view and discuss feature-length documentaries that focus on the art of the documentary portrait.

In addition to creating your own mini-film in this class, we will view and discuss feature length documentaries, both showing in the festival and during class time, that focus on the art of the documentary portrait. Participants will need to bring their own equipment to film and edit, but that can be as simple as a smart phone, a laptop and an editing app, which we can help you download and learn. 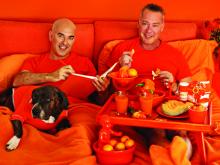