Queer / Trans Fabulism: Writing the Mythic from the Margins 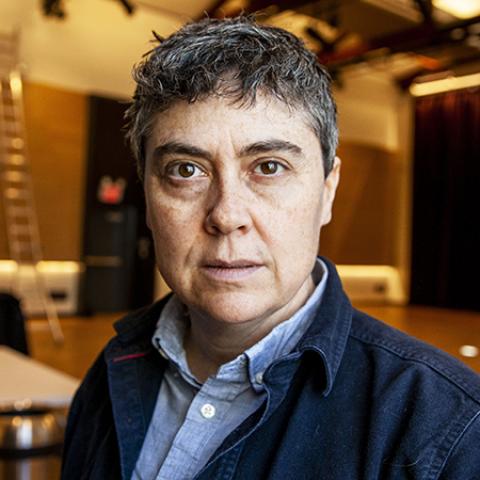 This workshop is part of the series WRITING QUEER LIVES

Queer and trans people have often found ourselves in the position of having to write ourselves into our own lives as well as writing our lives into literature—no wonder so many of us turn to fabulist writing to tell stories that don’t fit into conventional structures. In this craft-focused multi-genre workshop, we will play with imitation, adaptation, re-telling, queering, and ekphrasis. We’ll learn from examples of queer / trans fabulist writing, and through a series of generative exercises we’ll practice techniques for using myths from world traditions (as well as fairy tales and fables) in our own writing, perhaps as structural underpinning, perhaps as inspiration, perhaps in some other way. While there will be opportunities to share drafts and receive feedback, this is primarily a generative workshop.

Andrea Lawlor is the author of Paul Takes the Form of a Mortal Girl, originally published by Rescue Press in 2017, and reissued by Vintage/Knopf in 2019. A 2018 finalist for the Lambda Literary and CLMP Firecracker Awards, Kirkus Reviews called it, “groundbreaking,” and the Los Angeles Review of Books found it “intoxicatingly rousing.” Lawlor is also the author of the poetry chapbook Position Papers (Factory Hollow Press, 2016). Their writing has appeared in various literary journals including Ploughshares, Mutha, the Millions, jubilat, the Brooklyn Rail, Faggot Dinosaur, and Encyclopedia, Vol. II. They’ve been awarded fellowships by Lambda Literary and Radar Labs. Lawlor was educated at the University of Iowa, Temple University, and the University of Massachusetts at Amherst’s MFA Program for Poets and Writers. They teach writing at Mount Holyoke College in Western Massachusetts.