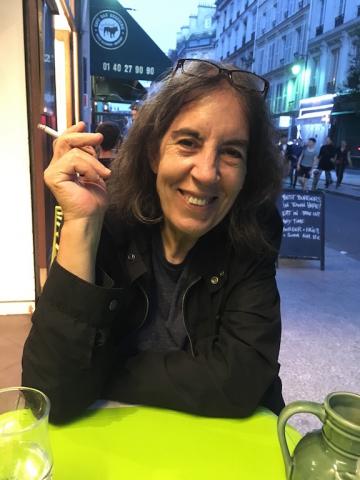 Often, a poem has its own intentions that are at odds with the intentions of the poet. The poet will begin the poem with a certain aim, feeling, perspective, or subject, only to find that the poem veers into unknown territory. Often the preferred method of revision is to ‘correct’ the poem by deleting or pruning the extraneous material. Rather than suggesting this material be deleted from the text as extraneous, the premise of this workshop is that eruptions of material into the poem, recognizable by the liveliness or difficulty of the language, mark the real appearance of the poem. We will learn how to recognize these eruptions and how to revise toward them to make our work take on new life. Workshop participants are encouraged to bring work with them, particularly ‘problem’ poems or poems that have resisted efforts at revision. We will also have writing exercises to generate new work.

Rebecca Seiferle’s last poetry collection Wild Tongue (Copper Canyon, 2007) won the 2008 Grub Street National Book Prize in Poetry. Her three previous collections, Bitters, The Music We Dance To and The Ripped-Out Seam won the Western States Book Award, a Pushcart Prize, The National Writer’s Union Prize, and the Poets & Writers Exchange Award. Seiferle is also a noted translator from the Spanish; Copper Canyon Press published her translation of Vallejo’s The Black Heralds in 2003, and her translation of Vallejo’s Trilce  (Sheep Meadow Press, 1992) was a finalist for the PenWest Translation Award. She was Jacob Ziskind poet-in-residence at Brandeis University, and a visiting writer at Vanderbilt University, Hamilton College, the Fine Arts Center in Provincetown, the Key West Literary Seminars, the Summer Literary Seminars in Lithuania, StAnza International Poetry Festival in St. Andrews, Scotland, among others. She was the recipient of the 2004 Lannan Literary Fellowship for Poetry. From 2012-2016 Seiferle was Tucson Poet Laureate.