Join us for a panel discussion moderated by Eva Respini with exhibition curators and artists Angela Dufresne, Cash (Melissa) Ragona, and Andrew Woolbright. 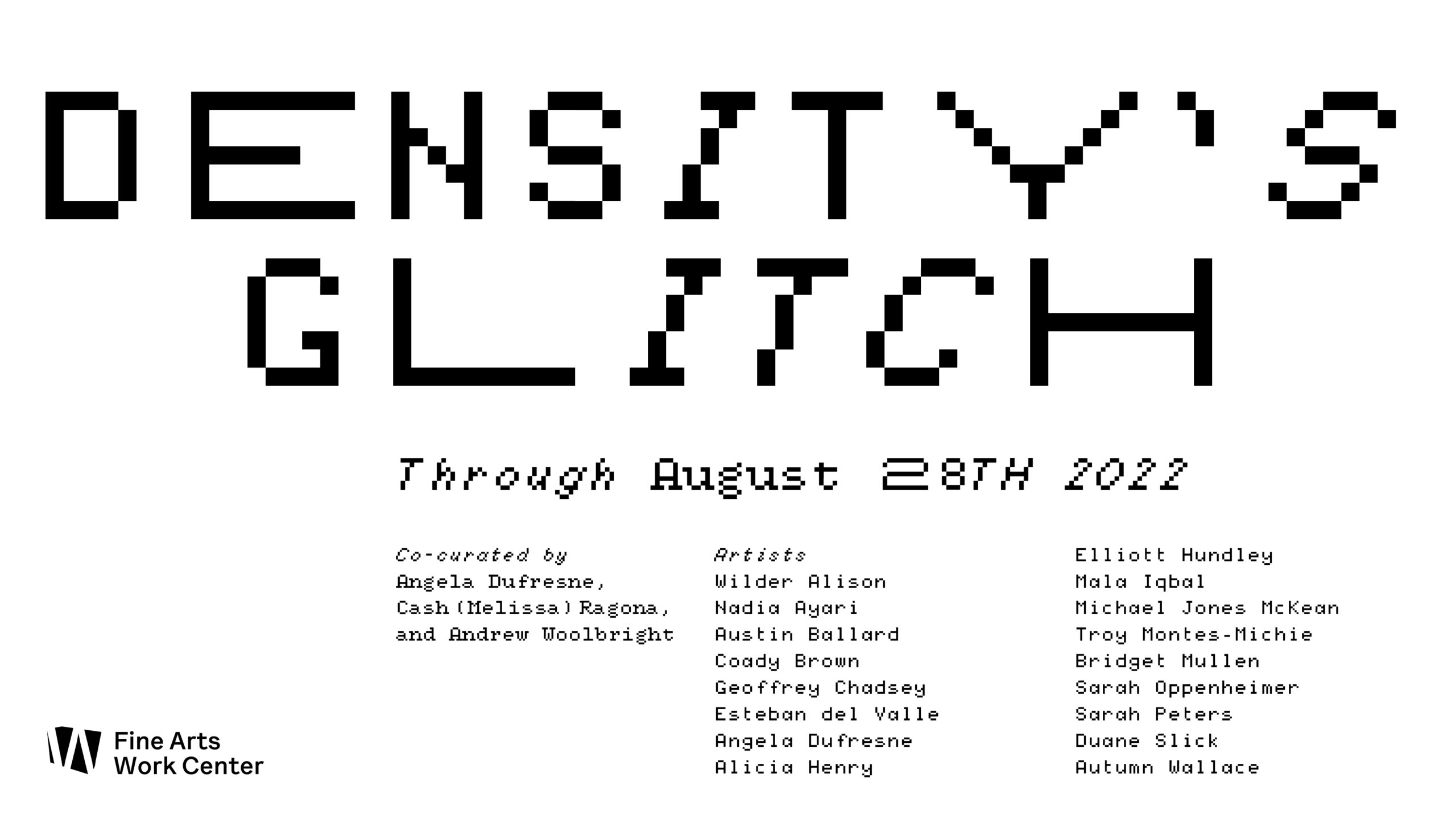 Eva Respini serves as the Barbara Lee Chief Curator at the ICA/Boston.She is the co-commissioner and curator of the critically acclaimed and historic presentation of Simone Leigh at the U.S. Pavilion for the 59th Venice Biennale in 2022. Prior to the ICA, she was Curator at the Museum of Modern Art, where she organized numerous exhibitions of contemporary art and photography. Specializing in global contemporary art and image-making practices, Respini curated the critically acclaimed exhibitions Art in the Age of the Internet, 1989 to Today (2018); When Home Won’t Let You Stay: Migration through Contemporary Art (2019); and ambitious solo presentations with artists John Akomfrah, Deana Lawson, Huma Bhabha, William Forsythe, Cindy Sherman, Walid Raad, and Liz Deschenes, among others.

Angela Dufresne‘s paintings have been presented in solo exhibitions at the Hammer Museum (Los Angeles); Kemper Museum of Contemporary Art (Kansas City); the Samuel Dorsky Museum of Art at the State University of New York, (New Paltz);  Yossi Milo (New York);  and M+ B Gallery (Los Angeles). Her work has also been featured at MoMA PS1; National Academy of Arts and Letters; Leslie-Lohman Museum; Brooklyn Academy of Music; Cleveland Institute of Art; Aldrich Contemporary Art Museum; and the Rose Art Museum, among others. Dufresne is the recipient of many awards including the Civitella Ranieri Fellowship; Guggenheim Fellowship; Siena Art Institute Residency; and a Yaddo Artist Residency.  She is an Associate Professor of Painting and Graduate Program Director at RISD, and lives and works in Brooklyn, New York.

Cash (Melissa) Ragona is an Associate Professor of Critical Theory and Art History in the School of Art at Carnegie Mellon University, as well as an independent curator and critic. Their forthcoming book, Warhol’s White Noise, is an examination of Warhol’s tape-recording projects from the mid-sixties through the late seventies. Ragona’s essays and reviews have appeared in October, Frieze, Art Papers, Camera Obscura and elsewhere. They have also published in monographs on the work of artists Heike Mutter, Ulrich Genth, Christian Jankowski, Carolee Schneemann, Jonas Mekas, Paul Sharits, Antoine Catala, and Angela Dufresne. Ragona has curated exhibitions and served as curatorial consultant at venues including the Mattress Factory Contemporary Art Museum (Pittsburgh), the Miller Gallery (Pittsburgh), PPOW Gallery (New York), The Hole Gallery (New York), and the Museum of Modern Art (New York). Ragona is a Board Member for the Carolee Schneemann Foundation in New York, and has lectured widely on experimental film, sound, performance and installation at Yale University, Tate Modern in London, the Museum of Modern Art (MoMA) in New York, and elsewhere.

Andrew Woolbright lives in Brooklyn, NY and is an artist, critic, curator, and  MFA graduate from the Rhode Island School of Design in painting. He is currently an artist in residence at the Sharpe-Walentas Studio program, and has exhibited with Zurcher Gallery (New York), The Hole (New York), Galerie Valeria Cetraro (Paris), and Ada Gallery (Richmond). His work has been reviewed in Artforum, TimeOut New York, ArtViewer, Two Coats of Paint, the Boston Globe, and the Chicago Reader, and is currently in the collection of the RISD Museum. In addition to exhibiting, he is a critic and contributing writer for The Brooklyn Rail and teaches at The School of Visual Arts in New York.