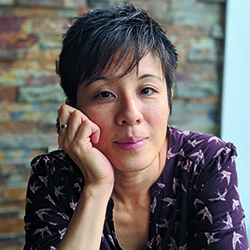 Asako Serizawa was born in Japan and raised in Singapore, Jakarta, and Tokyo. Her debut book of fiction, Inheritors, won the PEN/Open Book Award and The Story Prize Spotlight Award, was a Massachusetts Book Awards Honors Book, and was longlisted for the PEN/Robert W. Bingham Prize. A graduate of Tufts University, Brown University, and Emerson College, she has received two O. Henry Prizes, a Pushcart Prize, a Rona Jaffe Foundation Writers’ Award, and fellowships from the Fine Arts Work Center in Provincetown, MacDowell, and The Civitella Ranieri Foundation. She currently lives in Boston. Spanish and Korean translations of Inheritors are forthcoming. 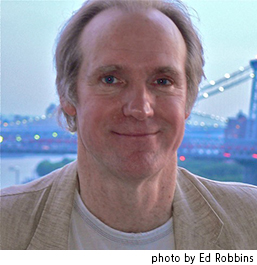 Tom Sleigh‘s many books include The King’s Touch (forthcoming from Graywolf, Feb. 2022), House of Fact, House of Ruin,  Station Zed, and Army Cats. His most recent book of essays, The Land Between Two Rivers: Writing In an Age of Refugees, recounts his time as a journalist in the Middle East and Africa. He has been a Kingsley Tufts Award winner, a Guggenheim Fellow, A Lila Wallace Award recipient, as well as having received the John Updike Award and an Individual Writer Award from the American Academy of Arts and Letters, and two NEA grants in poetry. His poems have appeared in The New Yorker, The Atlantic, Threepenny Review, Poetry, The Southern Review, Harvard Review, Raritan, The Common and many other magazines. He is a Distinguished Professor in the MFA Program at Hunter College.

Books for this event are available for sale through Provincetown’s own www.eastendbooksptown.com: please type ‘EF’ in the online order memo section.

Please register for this event here.