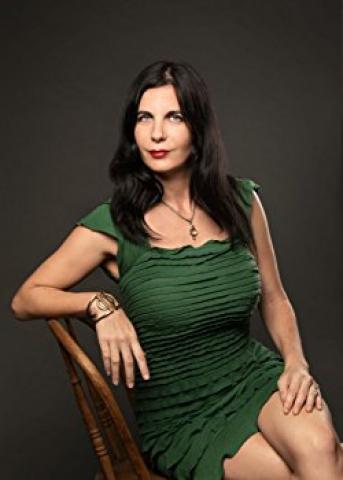 In this four-week study of the sonnet, we will look at the sonnet’s formal possibilities as demonstrated by both historical examples as well as examples from contemporary poets brilliantly working with the form.

Twice a week, I will give you a packet of carefully chosen sonnets and a sonnet writing prompt based on that packet of poems so that we can explore aspects of the sonnet together, experiment with the form, and share our results in a supportive workshop environment.

The sonnets we will discuss will range from traditional Petrarchan and Elizabethan sonnets to Modernist, experimental sonnets that challenge our ideas of what a sonnet is and can become.

By the end of the class, you will have written at least ten sonnets based on my sonnet assignments. This sonnet workshop will have you writing sonnet cycles in no time!

Sandra Simonds is the author of six books of poetry: Orlando, (Wave Books, forthcoming in 2018), Further Problems with Pleasure, winner of the 2015 Akron Poetry Prize, Steal It Back (Saturnalia Books, 2015), The Sonnets (Bloof Books, 2014), Mother Was a Tragic Girl (Cleveland State University Poetry Center, 2012), and Warsaw Bikini (Bloof Books, 2009). Her poems have been included in the Best American Poetry 2015 and 2014 and have appeared in many literary journals, including Poetry, the American Poetry Review, the Chicago Review, Granta, Boston Review, Ploughshares, Fence, Court Green, and Lana Turner. In 2013, she won a Readers’ Choice Award for her sonnet “Red Wand,” which was published on Poets.org, the Academy of American Poets website. She lives in Tallahassee, Florida and is an associate professor of English and Humanities at Thomas University in Thomasville, Georgia.