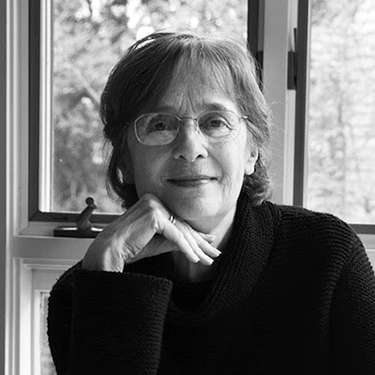 Gail Mazur is author of 8 books of poems, including Land’s End: New and Selected Poems (2020), They Can’t Take That Away from Me, finalist for the National Book Award; Zeppo’s First Wife, winner of the Massachusetts Book Prize and finalist for the LA Times Book Prize; and Figures in a Landscape, Forbidden City, The Pose of Happiness and Nightfire. She has served on the Writing Committee of FAWC for many years and taught in Emerson College’s and Boston University’s MFA Programs. She lives in Provincetown and Cambridge, where she is founding director of the Blacksmith House Poetry Series.

What you want for it you’d want
for a child: that she take hold;
that her roots find home in stony

winter soil; that she take seasons
in stride, seasons that shape and
reshape her; that like a dancer’s,

her limbs grow pliant, graceful
and surprising; that she know,
in her branchings, to seek balance;

fruit as it ripens; that what’s lost
to her will be replaced; that early
summer afternoons, a full blossoming

tree, she cast lacy shadows; that change
not frighten her, rather that change
meet her embrace; that remembering

that she prepare for the hungry world
(the fallen world, the loony world)
something shapely, useful, new, delicious.